What's in the bag?

Lisa moved to DC for grad school a few years ago. She could hardly find enough time each day for all the reading and research that school demanded, so getting a regular part-time job to earn a little extra cash seemed like an impossibility. She picked up a couple of tutoring sessions here and there, but they were hardly worth the time. It wasn’t until her friend back home called one night that Lady Luck had finally seemed to look Lisa’s way. “My cousin in DC is going away for three weeks and she’s looking for someone to housesit and watch her dog,” the friend explained. “She’ll pay you $200 a week to spend a little time at her place each day and take care of Rhodey, her aging dog. Interested?” It was perfect! Lisa jumped at the opportunity.

Five days into her three-week gig, life was…well it was exactly the same, except for having to wake up a bit earlier each day to walk a big, old gimpy dog. It was hardly getting in the way of her busy schedule, and it was easy money, so what was to complain about?

But then came the sixth day.

When Lisa arrived that morning to take Rhodey on his walk, he wasn’t anxiously dancing around the front door like previous mornings. He wasn’t in the kitchen where his food and water were set out, nor was he in the living room sleeping in his comfy bed by the window. “Wanna go out, Rhodey? C’mon, boy,” she called out. “Rhooodey?” Nothing. Lisa walked into the bedroom and there was Rhodey on the bed – dead.

She was mortifed. Her mind was racing. She was sweating. The dry heaves had set in. How was she going to explain this to her friend’s cousin, who she had only met once on that evening when she picked up the apartment keys, and now she’s gonna have to tell her that her dog – her roommate, companion, “child” – was dead?

The next few hours were horrible. Lisa placed an indiscernible, sob-soaked call to her friend and begged that she call her cousin with the news. No luck. It was on Lisa to deliver the terrible news – and she did.

At some point during that awful phone call – she’s not quite sure how or when – Lisa agreed to take the dog’s body to the vet. The woman was cutting her trip short and would be returning tomorrow, but she didn’t want to leave Rhodey’s body in the apartment (no less on the bed) for another day, and she didn’t think she could handle having him there when she walked through the door.

In a large, rolling suitcase, Lisa stuffed Rhodey’s body and nervously em-barked [sorry, I couldn’t resist] on the worst commute of her life. Dragging the suitcase along the streets packed with folks on their way to work, she felt as though everyone was staring at her, fully aware of what was going on. Lucky enough for her the Metro station had an elevator down to the platform. She was in business: Get on the train, take it five or six stops, and the vet was right there.

There she stood on the train, sweating through her clothes, trying to control her heavy breathing, with the body of a large, dead dog hidden in the suitcase set at her feet. Finally, her station stop arrived. She wheeled the suitcase off the train and down the platform, anxiously looking for the elevator… There was no elevator at this station. [Queue the music.]

Staring up at the longest staircase she’d ever seen, Lisa took a deep breath and began her climb. Step by step, she dragged Rhodey up the stairs. Buh-dump! Buh-dump! Buh-dump! She reached a small landing about half way up when a young guy approached her. “Can I give you a hand?,” he asked kindly as he grabbed the suitcase and started up the steps. Lisa didn’t know what to do; she wanted to stop him, but why not let him carry this heavy suitcase up the steps? Just a few steps from the top, he set the bag down and caught his breath. He looked up at her apparently gassed and asked, “What’s in the bag?” “The body of an 80 pound Labrador” is what Lisa should have said. But what she said was, “Laptops. Just a bunch of…” 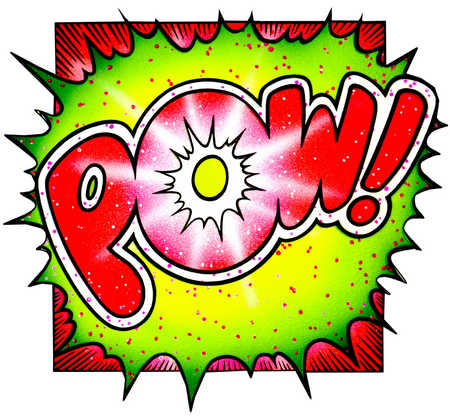 He punched Lisa square in the face, knocking her to the ground, and off he ran out of the station and down the sidewalk with the bag clinched in a bear hug against his chest.

Filed under: Small Crimes by Mr. Poopoopachu
No Comments »

Mr. Poopoopachu is a character; not of film, television or literature, but a character in {real life}. But because not too many people watch real life anymore, he’s flown under the radar virtually unnoticed entirely for 33 years. It’s Poopoopachu’s passion for absorbing all the geeky bits of pop culture in the nerdosphere that gets him out of bed each day. His past is rich with life-shaping - and many times debaucherous - experiences: he’s been the Kool-Aid Man; he’s searched for bigfoot; and he’s been booed off a bus. Hell, once he even saved 7 kittens from a burning tenement. Naked. But that’s the past, and he’s not one to dwell. Or boast. (Ladies, did we mention he saved kittens?) He’s excited to be a contributor to 30pov, where he’ll share his fun, unique experiences and {try his best} not to offend too many of you.