Syphon all the gas from your daddy's pickup truck. Fill up Johnny's T-bird. I got a couple of bucks.

Ah, youth.
I slide into the back seat, amid  the oily stink of gasoline.
Bobby turns and smirks at me.
“When do you have to be back?”
The smell intensifies.
“M’god, Bobby, what’d you do, drink it?”
“You’d rather have done it yourself?”
“Bite your tongue. Actually..don’t. You’ll have a high octane mouth”
There’s a low chuckling from the passenger seat, and a pale hand waved in my direction. I smack it.
“Have to be back…nominally..by midnight”
“..aww.. Jess…”
“…annnnd then, about 20 minutes later, I’ll be back out, and we’re good to go till dawn.”
“Niiiiice..”
I didn’t need to be one of the cool kids.   The criminal element was my chauffeur this evening.
I wasn’t a car person.  I had no idea the make, or the model of the stolen vehicle we were cruising in.  Didn’t matter.  It was forbidden, it was stolen, and it was a hell of a lot of fun.
Bobby wasn’t good at boosting cars, so we were always confined to old shitboxes like the one he had swiped this evening.  Honestly though, in retrospect, that was likely the very thing that kept him from getting caught more often. 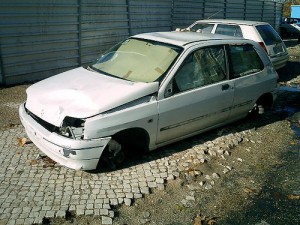 “It’s time.”
“Seriously?”
“Do you want me to ever be able to leave the house again?”
“Fine, fine..but this had better not take too long.”
Shaking my head as we headed back to my house, I didn’t comment.  They were both well aware of my parental unit issues.  There was no need to discuss it.
All went as planned.  I entered the house, I went to my room, and 15 minutes later, I was tracking down the rusty ticket to an evening’s entertainment.
Before too much longer, we headed out of the city leaving the brighter lights behind us.  I settled back into my seat, and proceeded to play a rousing game of “are we there yet” with Chris.  He tossed a pacifier over the back of the seat.  Cheap, warm, crappy beer.
“So what’s this thing you’ve just got to show us?”
“Aw fuck.”
“..the hell you say.  What’s wrong?”
“I don’t have any money.”
“It’s not like they charge admission.”
“Look.”
Vague gesturing at the lightlessness that was the dashboard didn’t answer the question.  I lit a cigarette, and handed my lighter over to Chris, who flicked my zippo and pronounced us screwed.
“We’re almost out of gas.”
“What kind of a car thief are you, Bobby?  I mean, shit son.  You were already siphoning..what was a little more?”
“Chris, seriously…if I hear any more bitching out of you..”
We chimed in.
“I’m gonna turn this car around, and we’ll be headed home.”
Snickers broke the somber mood for a moment, but we quickly sobered.
“Ante up.”
“I got nothin.”
“Me neither.”
“…maybe we should turn this boat around, and just head back…”
“Fuck, that.  We’re already almost there.”
“You have a better idea?”
The voices of my partners in crime faded as I had a sudden epiphany.
“Boys.”
“..see, this is why my mom never lets me have any cash.”
“that’s fucked.”
“Gentlemen.”

There was blessed silence.
“Uh..yeah?”
“Are we in a stolen car?”
“Uh..yeah?”
“So..why are we going to pay for gas?”
“Because..uh..”
Dead silence, as the lines on the road grew, were overtaken, and passed by.
“Now who’s the bad influence around here?”
Pale hand.  Slapped.
We pulled into the smallest, gungiest gas station we could find, and forced Bobby out of the car to pump.
Complaining bitterly about Juvenile Detention centers, he quickly docked the pump handle into the car, and tapped his fingers nervously against the window.
I sneaked a peek over at the window, and was relieved to see a teenager fraught with ennui.  Surely, this would make his evening.
Uncoupling the car was a little slower, but then, Bobby was distracted.  With one smooth motion, he slid into his seat, turned the car on, and sped out of there.
We cruised over the hill, and were gone.
There was no pursuit.
Hooting and amusement filled the car at our daring, but then, we were there.
Cresting the hill, Bobby shut down the engine and the lights.  We piled out of the car, Chris grabbing the 12 pack, as we sat on the hood and leaned back to watch the sky.
“What did you call it?”
“Lyrids.”
“You know the weirdest shit, Jesse.”
Pale hand raised to my shoulder, and without taking my eyes from the cascade of meteors in front of me, I slapped it.

Filed under: Small Crimes by labtechgoddess
No Comments »