We have these moments, all the time, where he says something in a certain way – with a certain cadence – and I can see straight through his face into his brain and heart, and beyond those places, still, till I see his beginning.  What I find is a place with something living inside.  Something that beats.  And the thing beats only for me.

Sometimes, I can see him look into me in the same way, and he sees straight to the part of me that exists only for him.  These parts of us were there all the time.  We were born with them.  Maybe everyone is.  But ours were awakened when we met and fell in love, and now they exist only because they’ve found their counterparts.  If something happened to one of us, or if something horrible happened to our relationship, these happy little chambers that bear one another’s signature would close up, and could never be opened again by anyone else.  They’d become crypts, dusty and cobwebby dead places, forever empty.

Which isn’t to say there aren’t other chambers that live inside us, that can be opened and awakened by other people and other things, and those other chambers may very well be as powerful and important as the ones we have for one another.  As it is, though, we do have one another.  We plan to continue having one another for ever and ever, which as we get older we realize isn’t very long at all.

He says we should always do our best.  It’s hard, because I have a mother who before I was born made an anxiety tincture out of me.  She seeped and soaked and infused me as a fetus with the anxiety she likely inherited from someone – many someones – many generations back.  I work so hard to let that shit go.  It takes all the yoga and deep breathing and healthy mindset stuff I can muster to bring myself back to middle.

When I’m in that state, my instincts are to be mean.  To attack in miserable, ferocious ways with small, ugly words that I know will cut straight through.  It’s not my conscious mind that spring-boards these impulses to the front.  It’s something innate.  At least partly.  The rest I learned through observation.  Mean, mean, words.  Words that cut.  That was my example.

Not his, though.  His example was love.  His examples were education and respect.  Listening.  Understanding.  They had a lot of music in their house.  Music together.  And pets.  And siblings.  And not a whole lot of money.  I had just me, and occasionally a beta fish that wouldn’t last long, and quiet and fighting and conversations over dinner about grownup things I didn’t understand, and plenty of money, and not a whole lot of being nice to one another.

So when he says we should do our best, I try.  I try so hard, with everything I have.  I squelch and squeeze and diminish the impulses.  I walk away sometimes, just to get out of my own way, and though I can’t say it in the moment I pray that he knows I’m trying.  Trying my very hardest for him, because I love him so.  The part of me that’s quiet in those moments peeks through, and helps the mean part walk away.  Just walk away.  So that I can come back to middle, and hope to do better later.

Sometimes, though, it catches me off guard.  It may be a perfectly normal moment in an otherwise ordinary day.  He and I are at peace.  Sometimes, even, I’m especially in love with him when this thing catches me.  He does something in a certain way, or says something just so, or does nothing at all and it happens anyway!  And my rubik’s cube is turned so my reds don’t match with the reds any more.  My greens are to yellow and my whites are to blue, and in a snap, I’m off kilter.  In that moment it might get the best of me.  I struggle to contain it, but the notion that it’s with reason, or somehow necessary, wins out.  I might say something.  Sometimes it’s a look.

Sometimes – most frequently – it’s smaller, even, than a look.  It’s the tiniest of all acts.  My breathing might change, for example.  I push the door to my chamber closed ever so slightly so that the glow is diminished.  He sees it.  No matter how small, he can see it. Even when not a single thing about my expression has changed, and I haven’t uttered a word or sound.  When it’s over I will have remained in the same position, occupying the exact same physical space as I had been just prior, and even then he’ll say, “welcome back.”

I didn’t used to understand how he could do that, but I do now.  I wait for him sometimes, too, though his fluctuations take far longer to both ebb and flow than mine do.  Waiting for him can take a day or two.  I have to be patient.

Sometimes we say words to one another that are like pushing a finger into a bruise.  Sometimes we don’t do our best, and in these weak moments, we don’t try very hard at all.  We commit these little crimes against one another, and when it’s over, we repent.

Years ago, when we had just met and it was becoming clear to us that we were developing into what we are, I said to him that we’d have to remember this time.  I told him, “There’s nothing between us yet.”  No disappointments.  No failures.  Not a single thing between us but love and love and love and love.  And one day soon something will happen.  One of us will make one small mistake and then there will be one tiny thing between us.  Over time it will be more and more till we have to wade through a deep pile of shit just to get along sometimes.  We’ll build a hill of tiny crimes, and in order to keep loving we’ll need to scale it and kick it aside and come to one another in the middle, or on one side or another.

These places in us exist just for one another.  We’ve been given the gift of each other.  It’s the thing people write poems about and look for and never find, or aren’t sure whether they’ve found.  We have it.  And despite its infinite power, we sometimes can’t help being unkind.

One response to “Welcome Back” 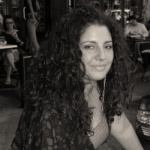