Post-Post-Post Modern Feminism, or the lack thereof. AKA "Is Edna Pontellier still awake?" AKA "Why did Ana Lucia have to die?"

“For precocity some great price is always demanded sooner or later in life. “ –Margaret Fuller

When Kate Chopin wrote The Awakening in 1899, the book was so scandalous, in particular its female protagonist–Edna Pontellier–was so irreverently liberal, that it was banned from libraries and shunned by the publishing world.  That’s surprising to me, considering the heroine dies in the end.  After all, this is not just a traditional fictional ending for any main character unable to resolve their dilemma, but it’s a nice pretty bow on the end of a tragic story in which the woman, a Wife and Mother, is unable to relegate herself to “the domestic sphere.”  In most of her short stories, Chopin was subtle enough in her protofeminism that mainstream readers either didn’t pick up on it or didn’t understand it, but, according to many critics she wasn’t successful enough at subtlety in this novel for it to be either a popular or critical success.  In other words, the critics had woken up.  (One could argue that this actually was a “critical success.”)

Thus began yet another century of women writing and the public reacting {negatively}.

I don’t know enough about popular literature today, nor do I have any insider knowledge on the undoubtedly male-dominated publishing industry, to prove a very truthful diatribe on how much the world has or hasn’t changed since the “bird with a broken wing,” Edna Pontellier, “lifted her white body…reached out with a long, sweeping stroke” and folded herself into the “sensuous…soft, close embrace” of the Sea (Chopin 301). But I have read enough shitty female-driven novels–Piccoult, you are not alone–to know that the verisimilitude that Chopin’s character, along with countless other {anti} heroines, gave her life for hasn’t just regressed; it’s all but disappeared.

In fact, the only book on my shelf that one could argue was ever popular is a slim gem entitled, Popular Fiction by Women 1660-1730: An Anthology. However, I have recently become quite the TV-drama fanatic as of late and have noticed a very important  trend: strong women are portrayed as being very, crappily Weak.

At this point, I could talk about Lisa Cuddy from HOUSE, and how–despite being the Big-Time Boss of an ENTIRE HOSPITAL–she is basically just a sex symbol on the show.  Or how the women in any Legal/Criminal Drama (choose your pick) struggle with issues typically seen as debilitating, like a history of rape or abuse or not being able to find a good man to go home to at night, while the mean in said drama deal with “Anger Issues,” as in, “When I get angry, I blow my cool and start beating people up, often to the point of death.”  Or how even shows that feature strong female leads end up somehow illustrating the overall Depravity of Strength in women today, i.e. Desperate Housewives (it’s in the title, yo!!!); Lipstick Jungle (Oxymoron or Paradox? You be the Judge.); and, Sex in the City (Please. Do. Not. Get. Me. Started. On. The. Final. Episode. of. Sex. In. The. City.  in which all formerly single, strong and successful women finally find a Mate, get pregnant and–presumably–die quickly thereafter.  *sigh*).

Yes, I can think of TV shows that are an exception.  I like “That’s So Raven” too.  But these “exceptions” are just that.  They fall into the falling categories:

Seriously–other than Missy Elliott videos–name one “heroine” on TV who doesn’t suck or die due to her lack of suckiness.

Take Lost, arguably the most popular TV show since the Beave made his debut back before we were born.  Lost also debuted to an extremely critical success, and has, more or less, remained consistent in it’s viewership, only wavering a few million dependent on whatever other new-show-intended-to-combat-the-popularity-of-Lost was released that season.  Since Lost is the TV show that basically combines all other TV shows into one, it’s the easiest show to prove my point.  Wait, you didn’t know that Lost was just a rehashing of the entire history of television?  Oops.  Sorry to spoil that for you.

[Bear with me here.  I’m only in Season Three.]  So far, I have gotten to know the three main female characters, plus those two extremely independent and savvy chicks that get popped who I don’t really have to mention specifically, because the loss of them permeates this entire post. (I <3 Ana Lucia.)  There’s Kate, the classic abused woman/trauma survivor, who uses false bravado to disguise the fact that she’s in love with not one, but two men on the island–the two men who just so happen to illustrate the {also classic} character foils of Good Guy Gone Bad, and Bad Guy Who’s Actually Good.  Then we have Sun, who was independent just long enough to find out she’s A) pregnant and B) still in love with her masochist husband/father-of-her-child.  Lastly, there’s Claire.  According to the principles of organization, this paragraph is set up to indicate that Claire is actually the most significant and surprising of the female characters.  And she is.  Because Claire is actually a single mom, who doesn’t fall into the typical single mom stereotype of a woman who’s in love with a unlikely father-figure who doesn’t have the skills necessary to protect or provide for his new family… Oops. Exposed.

Okay, so I forgot to mention Rose and Crazy Lady.  Um, no I didn’t!  They’re “dying-of-terminal-illness, lost all sense of self when she met the White Man” Rose (!) and the Crazy Lady, who’s crazy!!

Did you know that the creators of Lost actually wanted Jack to die, which would mean Kate was “in charge” of the island?  Guess who nixed that one?  ABC execs.  Bastards. By which I mean..Thank You for not killing Jack.  He’ hot.  See? Even I am sexist!  If I was on the island, I would listen to Jack over Kate, too.  He’s a DOCTOR.  She’s a CONVICT.  Actually, I’d probably have listened to Ana Lucia, until she was brutally murdered by an unpredictable {black} man (I so want to interpret that politically.  Crap that it didn’t happen in the series after Hillary lost to that other guy.)

too hot for ABC

That, really, is the question.  Why did Ana Lucia have to die? Is it a terrifically necessary point along a sophisticated, complicated, fucked up storyline that we’ll never understand?  Or was the spry Ana Lucia garnering ratings that the Doc never dreamed of, even with an alcoholic father and that mysterious tattoo.  I mean, did anyone else notice that Ana Lucia died immediately after jumping Sawyer’s bones?  You really think this is a coincidence??  It isn’t, not psychologically anyway.  The sequence of events are meant to indicate one thing, and one thing only: Jack isn’t the one with the hero complex; Ana Lucia is.  Because of that, she must die.

When I read Chopin’s The Awakening for the first time, my life was changed.  Chopin’s courage not only made me want to be a Woman Writer, in every sense of the term, but reading her book made me realize that we get to write our own endings, and I didn’t want mine ending underwater.  You see, I’m scared of water.  And I’m just as scared of not living the life I’m supposed to live: as an artist, then mother.  It’s the 21st century, for God’s sakes, woman should be able to choose where to focus their efforts and how to set up their priorities.  And they should have factual and fictional models to mentor, mirror and motivate those efforts.

I once wrote a paper on The Awakening arguing that Edna Pontellier’s death was actually a rebirth and, thus, not tragic but progressive, insightful and (yes, I’m about to say it) Hopeful.  But, despite my teacher loving this paper for it’s feminist perspective, it was complete bullshit because I didn’t know then that Edna actually died for me (who needs Jesus Christ anyway…?).  She died so that society–specifically readers and writers–could be freed of their fear of lead female characters who aren’t born to be domestic.  Imagine if Kate Chopin had grown up watching Lost instead of reading the fiction written during one of the most liberating movements of our country’s progression?  More importantly, what if she hadn’t treated “passion as a legitimate subject for serious, outspoken fiction” (Seyersted)?  The Awakening would’ve been a critical success in its own time, and Edna would, no doubt, still be “alive.”    But I don’t know if I would be. 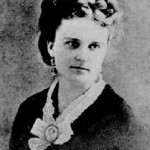 It’s time for the art of our century to adequately imitate reality.  Who among us will have the balls to write a female lead who doesn’t die because she dominates the men in her life, or who doesn’t live her life more in love with the expectations of herself than she is her own true nature?  Who, if not us, will {re}awaken a passion for fiction that exposes the true passions of women?  If our characters willingly give their lives, instead of them being taken at gunpoint, future writers will not just know of the continued struggle for Freedom, they’ll understand that popularity is not as important as truth.

Filed under: Awakenings by llxtm
17 Comments »

17 responses to “Post-Post-Post Modern Feminism, or the lack thereof. AKA "Is Edna Pontellier still awake?" AKA "Why did Ana Lucia have to die?"”