"Why are things so heavy in the future?"

When I think of some big guy in a mover’s uniform carrying my couch, twisting it awkwardly so it angles through a door, heaving it down a stairwell, shoving it into a truck, sitting in his sweat as he drives to the new place, then grabbing it and going through the same process in reverse…all I think is: I can do that.

And I have. With my brothers. With my father. With friends.

And I take pride that I’ve never paid anyone to help.

But good God, why?

I should have hired movers. Moving sucks.

I remember a Bekins truck. It wasn’t an eighteen-wheeler—it was a big white aircraft carrier barreling across the country with all our stuff. My little league trophies. My Nintendo. My Star Wars action figures. My Mom’s Dad’s Mom’s luxurious dining room set. Our lamps. Our mattresses. Our coffee tables. Our bunk bed. Our TVs. Our—gasp—VCR. Our dog was packed into a plastic cage and came over on a plane, but Bekins guys loaded up the rest in that movable house called a moving van. 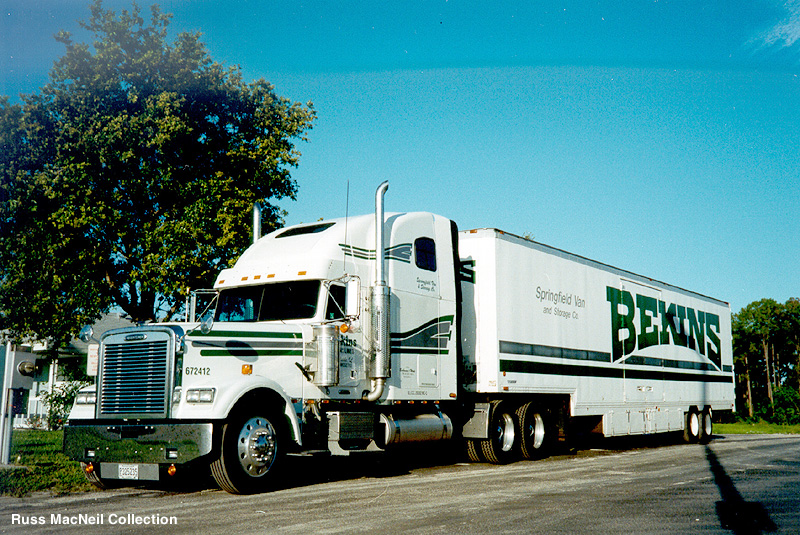 I remember cleaning a lot, not carrying a lot.

Now, whenever I move, I clean a lot, carry a ton, carry some more, and then cry inside at the cleaning left to do.

What’s strange is I felt—and still feel in my gut—that hiring movers is something “older” people did, people with careers or quote-unquote real jobs, people with kids, people who’ve had the time and money to accumulate enough shit to fit into a tractor trailer.

That move I describe—I was ten. It was 1990. My dad was 38. My mom was 36.  That’s not much older than I am now.  And while accumulating stuff for each other and for me, they found time to make two more babies before that move. My brother was 8. My other brother was 4.

I’m surely old enough to hire movers, now. I’ve moved a lot—helped friends, family, and moved myself—in the past few years, so I’m frankly pretty tired of it. And packrat as I am, I have enough stuff to warrant letting a few strangers take care of it all. But unlike my dad at this relatively young age, I don’t have three kids and I’m unmarried at present. I have a job—a solid one—but I don’t feel financially secure enough to spend money on movers. I’d rather buy more shit and carry it myself.

So I move. With help from those brothers, my mother, and my girlfriend, all of whom I pay in the form of pizza, drinks, or, more often, in the form of helping them move, too.

I just moved to a city—like many in Massachusetts—founded in the seventeenth century, featuring a lovely green courtyard, nice churches, a grand old city hall, some great pizza joints and a cute Mexican restaurant. Big beautiful Victorians with pretty porches and gorgeous lawns line many of the neighborhoods here. 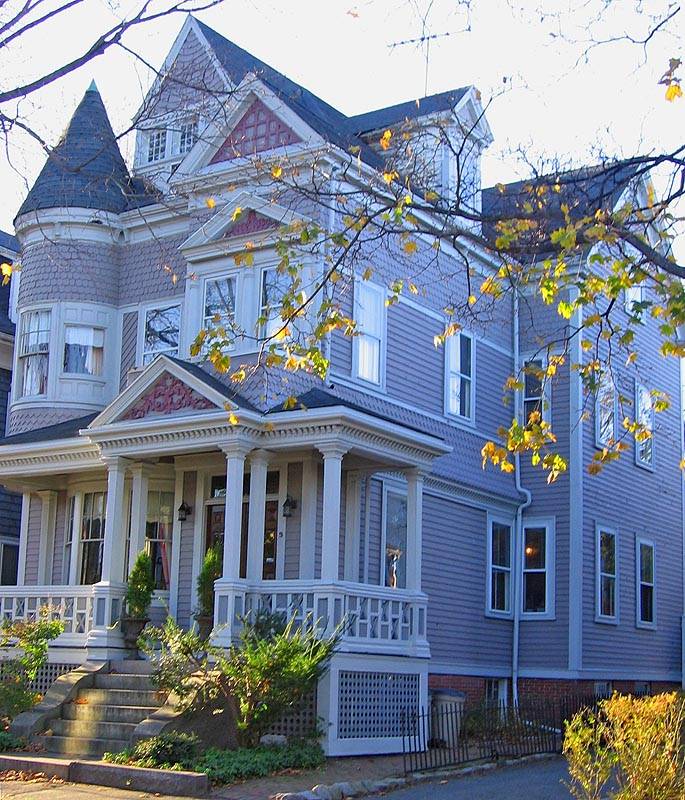 The city—again, like many in any state—also features boarded up mom-and-pop stores; for rent, for sale, for lease signs around every corner; closed coffee shops; closed art galleries; closed Asian restaurants; closed warehouses; perhaps even closed schools and haunted hospitals. Lots of pawn shops and places that want to buy my gold. 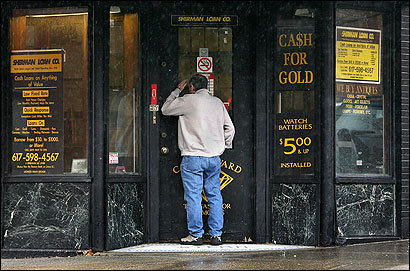 There are two sides to this city. One quaint and lovely. And one kind of grimy. But the sides aren’t easy to mark geographically; it’s not like East is where the rich folk live and West is where the dregs live. Block to block, street by street, it changes and changes back. A road of expensive, architecturally stunning houses can be a road away from a wire-fenced empty lot where weeds grow tall over tossed twelve packs of Coors Light.

I feel safe in my place—I live on an in-between road, a not-too-shabby neighborhood of mostly young families working blue collar jobs.  But in the back of my mind I know that while I’m minutes away from fancy houses and Masons and fountains and historical halls, I’m also mere minutes away from, well, the hood.  In describing the place to someone recently, I said this: “It’s not a place where I think I’ll get shot. But it might be a good place to witness a shooting.”

I’ve got my couches up there, my bed made, and perhaps most importantly I’ve got most of my books and DVDs all organized. It’s starting to feel like home. 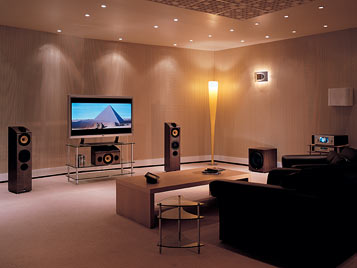 You know the bins. 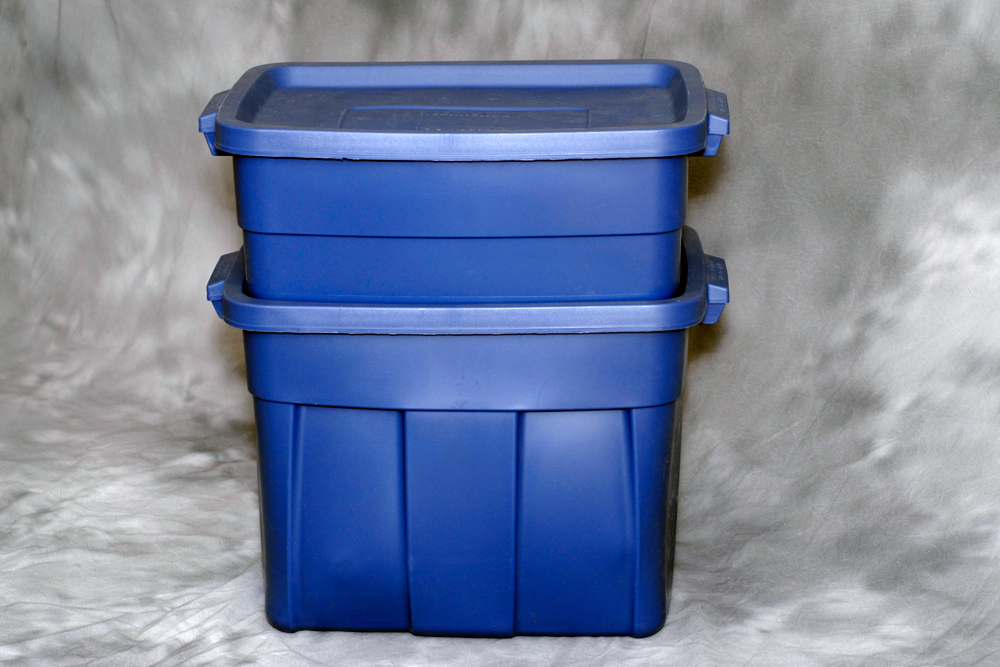 Once, at Wal-Mart, I told a friend I was helping move from California to Connecticut that we needed more bins.

“I thought you hated the bins,” he said.

“Oh,” I said, “I despise the bins. But you cannot deny their functionality.”

The stackable bins are great for small and medium-sized items that wouldn’t fit perfectly in more cumbersome cardboard boxes.  Great for glass wrapped in newspaper and bubble wrap.  Great for cheesy yearbooks, awful photos, stupid medals from grade school and piles of bad memories.  As an added bonus, they have handles that easily cut into your fingers.

Years ago, my father, after peeking into an overflowing cardboard box in a messy closet, asked me, “Why the hell do you have every issue of The New Yorker since 1997?”

I can’t help it. I like magazines. Great articles. Cool covers. Some good short stories and poems. I can’t ever bring myself to pitch them or give them away to poor kids or libraries or fireplaces.

“And Sports Illustrated?” he said, rummaging through. “And Atlantic Monthly? Time? Is that National Geographic? Jesus!”

In my most recent move, the heaviest bin—marked, pointlessly, “HEAVY” in Sharpie—contained nothing but the same old magazines and half-crumpled papers with notes and unfinished ideas for future great works.

I heaved it down the stairs of my old place. My brother heaved it up the stairs of the new. We carried up countless bins, boxes, parts to a funny Ikea bed, dressers, tables, bags, video games, and stacks and stacks of books. My place has ceiling fans, which seemed to blow hot air at us anytime we took a break.

As we wedged a small but heavy leather couch through the tight door space before the stairwell, the biggest beetle in the history of bugdom fluttered around my ear and landed on the porch screen six inches behind my sweat-soaked, pulsing neck. The thing was eight different beautiful shades of brown, had legs like a tarantula, and wings like a bald eagle. Mystified and petrified by its sheer size and sudden proximity, we couldn’t fit the couch through the doorway. We had just brought up an identical couch five minutes before—we knew this one fit. But we didn’t have the angle right. It was backwards; we turned it around. It was upside down; we flipped it. Why the fuck wasn’t it going through? I turned and the beetle was still there, stuck on the porch screen, big as a fist, it may have been twitching. We were exhausted. Hot. Holding a two-ton couch with tired, wet forearms. Not thinking clearly. Awaiting the need to flail a massive insect away and the drop of the couch on our aching legs. Somehow we squeezed the couch through, but I think I blacked out the climb and angling through the top door. Only a few things were left to carry up. My brother flapped at the beetle till it perished. I kicked its carcass off the porch. I felt bad; like I should bury it.

After we were finished—I thought—I almost tripped on the “Heavy” bin, which had somehow made its way to the kitchen. I kick-slid it across the floor. I swore to myself I’d hire movers next time. I got on my hands and knees and shoved it into a closet in a tiny room off my living room. Hardwood floors, big windows, a perfect corner for a decent-sized desk—and when I sat there sweating and staring at all my towering bins of vital, personal crap, I thought to myself, “Damn, I have an office.”

I haven’t used it yet.

Filed under: "Out of the Office" by Benjamin Kail
11 Comments »

11 responses to “"Why are things so heavy in the future?"”