“But Mooooommm, I don’t understand why Dad started throwing things around and started yelling at me.  I wasn’t doing anything.  Really.  Really, really.”

They stopped in front of the door, a sleepy-eyed toddler, and her mom, looking far older then the 24 endless years she was.

Lighting another cigarette from the ember of the last, Tasia leaned on the doorbell, worrying yet another ragged edge from the ravelling edge of her sweater with her other hand.

They stood in the doorway.  Comforting.  A calming influence in a deluge of crap that puddled around their feet, threatening to drown them.

Arianna took off her boots, and walked past Criagan to say hello to one of the cats.
“Look, I remembered the rules!  I took my boots off.”
She was entirely too enthusiastic, her normally shrill tones brittle, and almost whispered.

Tasia wearily butted her smoke, and headed inside, not meeting anyone’s eyes, shrugged her daughter’s backpack to the floor with a wince.

“Arianna, why don’t you go with Criagan, and settle yourself in the living room.  I’m sure there’s a movie you haven’t seen before in there.  I’m going to have a talk with your mom for a bit.”

Arianna attached herself to a strong hand and dug in her fingers.
Criagan peeled her off, and chattered nonsensically at her, leading her off to the living room.
Birdlike whispers floated towards the front hall.  The occasional word could be made out through the breathy cadence.  Words like angry.  Words like throwing.  Daddy, and Mommy.  Like Fighting.

Tasia, lost in her own scattered thoughts blanked for a moment before she was able to speak.
Darting hazel glances took in the ripped sweater, the bruise on her wrist.  The way she refused to look at anyone. 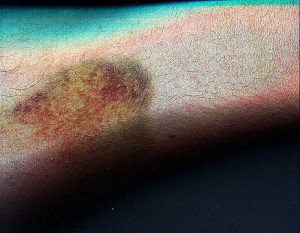 “Tasia.  Seriously.  What.  The.  Fuck.”
You could hear the clipped way the words came out.  Criagan had returned from the living room, having found a movie that passed muster with Arianna.  He stepped towards Tasia.
“Did something happen with Mike?”

Tasia exhaled, seemingly pushing the last of her meager energies out with it, slumping down against the wall behind her.  Eyes closed, shaking and small.
Criagan moved towards his keys, intent clear.

Without opening her eyes, Tasia spoke.  Quietly, so as not to alarm her daughter in the other room.
“Hepatic Encephalopathy”

…”Ah hell, Tasia.  How bad?”
“Irrational.  Throwing stuff.  Ranting about people hiding things from him and I just couldn’t have her be there with him.  She loves her dad so much, and I don’t want her to have that be one of the memories of him, and I can’t have her be at the hospital and seeing him like that and..”

Hand raised to cut her off, the words raising in volume and speed, racing towards a breakdown.
“Go on.  Do what you need to.  Be back by morning, and call when you know something.”

Criagan, confused, stepped out of the way as Tasia brushed phantomlike towards the door.

Hazel eyes darted heavenward again before alighting on Criagan.
“What’s Hepa…”
“Mike’s liver is failing.  Probably his kidneys too.  His system is becoming toxic, and once that sludge reaches his brain, he acts like a paranoid tweeker.”

“What happened to her..”
“If I had to guess, she’s picking at her sweater, she picks at things when she’s nervous.”
“But what about..”
“Looks like a bitemark.  Child sized.”

Criagan looks towards the living room, at the little blonde girl knawing determinedly at the arm of the couch.

“He’s never touched either of them in anger, Criagan, even in the worst throes of this, he’d kill himself first.”

As the cotton batting springs forth in frothy little tufts under determined fingers and mandibles, Craigan lets go the need to champion, and looks instead to defending his couch.

Filed under: "It's Complicated" by labtechgoddess
2 Comments »

2 responses to “A victimless crime”

February 2010
The Trouble with Dating Celebrities
mattatonic
It's Not My Fault
Jamie
The Complications of being Canadian
Tee
How to complicate and uncomplicate your silly life.
Jack Wild
Chick Flicks for Dicks
Mr. Poopoopachu
Rosie is in a relationship with Mr. Poopoopachu, and "It's Complicated"
rosie
My less than complicated answer.
dimpindesign
THE ABSOLOUTE DEFINITION OF COMPLETE COMPLEXITY (MY DAD ALWAYS TOLD ME TO AIM HIGH) – or – THE TRUE UNDERLYING NATURE OF REALITY (AS FOUND IN THE CRAYOLA ENGRAVED FACE OF LEROI JONES)
fent11111
Along This Road Goes No One, This Winter Eve
ecrussell
Cocktails, the Cubs & Other Complications
papimcgill
Complicated Cortex Action
acbauch123
I Choose Complicated
Karen
It isn't easy loving Wrecked-Um…
The Incapable Wrecked-Um
Yes, Daddy!
Will
Everything Is Complicated
rcmjd2k
Mamas, Don't Let Your Babies Grow Up To Be Serial Killers.
llxtm
History Lesson < 500 Words “Complexity of the Yankee Twang”
Christina
Ramya
McKnight
Go Ahead, Push that Button; The Hippies Say It's Ok
samaphore
Your Opinions Are BS!
jarock74
A victimless crime
labtechgoddess
It's Not That Complicated
Kate
I Love You, Me Neither
jasonleary
My Son, the Jihadist
bb222
My Loose Thread Over Erin Scarum, but Definitely Not “Normal” Over “Straight”
angelatav