Last month, Coors Light launched a new design that includes a hole in the side of the company’s packages of 12 beers or more. Through said hole, prospective Coors Light purchasers can view a logo of the Rocky Mountains on the cans.  If said buyer sees blue Rocky Mountains, he or she is guaranteed a crisp, “Cold as The Rockies” beverage.  The hole in the cardboard is called the “Cold Activation Window,” which, I think, may also be the name of a magical spell in a video game I once played when I was twelve.

Coors Brewing Company is marketing the new packaging through ads on sports talk radio, countless internet pop-ups and a spotlight on its homepage, social networking sites, cross marketing campaigns and concerts with bands like O.A.R. (who I do not like as much, now), and of course multi-million-dollar TV ads complete with icy CGI trains appearing through walls and bringing a party to sexy sweaty models and actors from Los Angeles who can almost certainly afford higher-quality beers.

All this business of seeing when something is cold intrigued me.

Cold—I think—is related to the sense of touch, of feeling.  Sure, we can see evidence that would lead us to believe something or someone is cold: we can see ice forming and fizzing the liquid in our glasses, we can see people bundle up in hats and parkas with white snow all around them, we can see the hard nipples of bikini-clad shills throwing footballs to studs before commiserating over a few Coors or Bud Lights.

But we cannot literally see cold.

Let me repeat—and I hope someday, this gets to a Coors CEO—we cannot see cold.

Of course, the mixing of the senses in interpreting the value of persons, places, and things happens from time to time.

“That speech stunk,” is a good example.  We hear and see speeches; we do not smell them—hopefully.

“That meeting left a bad taste in my mouth,” is another one of these sense-bending metaphorical phrases.

There’s nothing wrong with them, really.

But Coors and their See How Cold Our Beer Is! marketing is attempting a metaphysical sensory mindfuck while simultaneously dumbing down an already dumbed-down chug-happy demographic.

I see some schmuck at the packy bending over, looking through the…refrigerator…and nodding his head when he notices the blueness of those Rockies and “sees” the coldness of a 12-pack of Coors.  “Damn,” he might say to himself, not realizing his idiocy might be the dawn of the New Dark Ages, “that shit really is cold.”

Is it me, or can’t he just reach out and touch the damn beer?

Why buy beer from a company whose only major “innovations” to the brewing industry have had nothing to do with…beer…and everything to do with slick, color-changing logos on cans and bottles?  Their newest innovation simply cuts a hole in their goddamn cardboard, probably saving them millions on cardboard boxes every year.

The Coors Brewing Company is taking your hard-earned money—or, God forbid, your parents’ money—on stuff that will only get you drunk if you drink it by the metric ton.  And is all that money going to better ingredients?  More hops?  Better flavoring?  No.  It’s going directly to the jerk who thought of the idea to cut a hole in a 12-pack just to trick your dumb ass.

Even before the sensory twist of “seeing” something one can only truly experience through touch, we should really discuss the priority of the senses in selecting one’s beer.

Fourth, maybe, hearing—but this is more of an anticipation, an excitement, an imagination filled with that first snap of a can, or the tinkle of the bottle cap as it flies and lands in oblivion.

Fifth on the list is sight, and it has nothing to do with temperature—rather it all goes back to impacting taste, because some beers literally give people the creeps just to look at them, and some people lick their lips seeing the foam at the edge of the pint.

So four out of the five senses all used for the better judgment of one sense: taste.

We can logically assume, then, that since the only proper way to judge Coors Light is seeing the can and sort of knowing its temperature, taste has nothing to do with the brewer’s idea of quality.

They are essentially telling us: Our beer tastes best when it’s refreshingly tasteless.  Buy our beer.

By transitive property, you may have no taste.

Now, if you absolutely love Coors Light—like if you grew up drinking it or something—then I have no problem with you.  I grew up watching The Wonder Years, and I’m going to like it no matter what any television snob might tell me.  Actually, wait a minute.  The Wonder Years is not the TV-equivalent of Coors Light; Wonder Years was actually kinda good even if it was cheesy.

Coors Light, on the other hand, has no endearing qualities whatsoever.  So what’s a TV show with no endearing qualities whatsoever that I’d give someone the benefit of the doubt for loving because they grew up watching it?  I’m thinking of relatively shitty shows of the nineties, but they all seem better to me than Coors Light.  Saved by the Bell.  Growing Pains.  Step by Step.  These are sort of like Budweiser, Bud Light, and Bud Light Lime, but they’re not as bad as Coors Light.  What show is?  I don’t know.  But you get my point: if you’ve drunk it forever and loved it forever, my beef is not with you.

If you’re out at the bar and enjoy an occasional drink and an appetizer out with friends, have to work the next morning, your stomach isn’t feeling too great, you aren’t a fan of darker, richer, bolder, more bitter and higher-alcohol-content beers like Bass, Guinness, or Sam Adams, you don’t want to get drunk but you’d like at least something with your nachos and wings, it’s okay if you buy Coors Light.

My problem is with those college kids–our future world leaders. 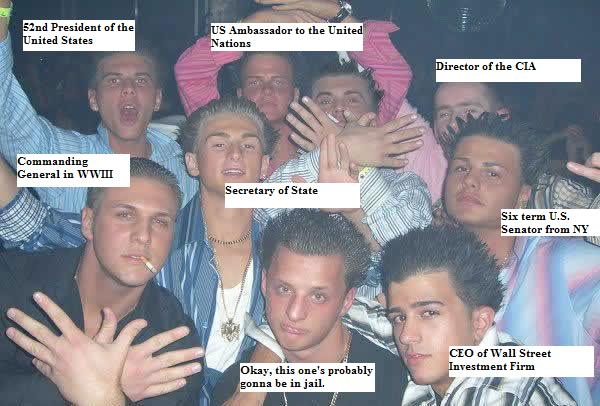 There is a great scene in The Shawshank Redemption where Morgan Freeman talks about what he could do if he was able to see himself as a young man.

“I look back on the way I was then.  Young, stupid kid who committed that terrible crime.  I wanna talk to him.  I wanna try to talk some sense to him.  Tell him the way things are.  But I can’t.  That kid is long gone, and this old man is all that’s left.”

Please, dear college boy.  Let me be your Morgan Freeman, and let me narrate your life.

Activate all the windows of your true, drunken self; use all of the senses available to you, and buy a real beer.

Once you do, and once you acquire a taste for better stuff, you’ll be as happy as this guy with every pour, rather than just seeing what you’re told to see, experiencing what focus groups have programmed you to experience, and drinking what’s there to be drunk on the cheap. 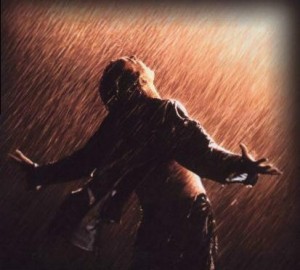 One response to “Common Sense Collective”