THE FINALITY OF OUR SPECIES

Humankind is an unbelievably powerful force. This fact is not up for debate.
The sullying and destroying of natural habitats, lush canopy, clear rivers and compartmentalized Brazilian rainforest regions inhibited by strange and ancient cultures.
The fast and steady approach of global consumerism, wholly encompassing economic theorems, and Coca fuckin’ Cola.
So, yes, we are a disease of biblical proportions. A walking, talking, farting, toxic cloud of doom; looming menacingly over the planets horizon with an impressive armament of sub-atomic warheads and genetically modified livestock.
This is what we have become…
However, if you believe, like the overwhelming majority of rational thinkers do, that Darwin’s theory of natural selection traces a near photographic outline of our immediate reality, and exactly how it came to be, then you may appreciate the following thoughts. Namely, that a former strain of bacteria, a single cell in a storm of cosmic possibilities, born in an assumedly freakish explosion of indescribable power, could end-up with you, the reader, interpreting and understanding the illuminated liquid crystals in your 22” Samsung Widescreen LCD Monitor…
That a species can, in the space of around 10,000 years, go from spear wielding hunter gatherer, via the eloquent taming of the vocal cord, to The Moon, is something which should not be taken lightly. But it’s a lesson that the majority of us, judging from the current fear-mongering horseshit that plagues modern culture, fail to appreciate in its glowing and soul-cleansing totality.
The joke is not that we find ourselves at the edge of the abyss, but the fact some of us believe we could actually fall.
These pessimists fail to realize that we, The People, make all the decisions in the end. We can’t fall, but we can choose to jump. Or more pertinent to the reality at hand, be talked into jumping.
That we can come this far, through a vast and comparatively infinite field of cataclysmic alternatives, is testament to the fact that we are only riding the pulsing waves of existence. Proof, if ever it was needed, that in the ocean of reality; white caps billow, but the current remains. The sort of underlying singularity that nothing of our physical doing can ever push against without feeling like a fool pissing off the rear deck of a yacht to gain some discernible forward thrust. And all with the weighty payload of uncut diamonds and raw Peruvian cocaine…
From the splitting of Apes from Monkeys in the Miocene Epoch fifteen million years ago, by means of crude tools, toward the rumbling devastation of total global nuclear armament and the definitive mass-extinction that would undoubtedly follow…
And in this view, some may argue that an end to humankind’s influence would be massively beneficial to the planet as a whole. That pristine winter valleys of hawks and wolves, and dark green summer riverbanks, and forests that go on for as far as the eye can see, would serve the general purpose of life just as well as the current regime of asphalt refineries and multiple-lane motorways winding their way down the country like a series of hardened varicose veins.
But I’m not here to judge. Christ no, I have no quarrel with these people. At least they have a dream; nihilist visions of sewer-dwelling night-terror. But everybody needs to dream.
And thus, the next chapter is yet to be written, where the grand finale of this brutal journey is wholly decided by us. Which is why, amongst my hatred for all things farcically plastic, tainted, marketed and mass-consumed, I retain a solitary fragment of love for the United States of America: The American Dream. A radiant orb of clean-slate ideals. The one thing still glistening at the heart of The Beast. The Roman Empire of our time. Ghastly and vicious, imperialistic and self-righteous, disconnected, uninterested, and generally too fat to care. But moving, all the same, along the seemingly coincedental linear path that we all find ourselves restricted to. And all directions, eventually, lead to the same destination.
The white caps billow, but the current remains. And Rome will fall. And The Moon is ours.
We Are The People. And don’t let them tell you otherwise… 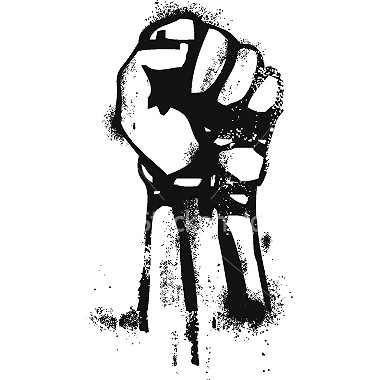 8 responses to “THE FINALITY OF OUR SPECIES”

Blunted optimist. Astride the border between the Real and the Unreal; that last place where rival gangs of shaman fought each other to an ayahuasca-soaked standstill.