“Curiously enough, one cannot read a book; one can only reread it. A good reader, a major reader, an active and creative reader is a rereader.” – Vladimir Nabokov
It’s hard to argue with Mr. Nabokov.  The first time through a book, you’re pulled in by the excitements of the plot, the newness of the characters, the freshness of the ideas.  There’s nothing wrong with that.  Sometimes that’s all you need. Some books surf along the top of the water without getting any deeper, and I have nothing against a rippingly good read.
But there are some books that beg to be reread.  These are the books that are restless, not content to tell the same story every time you open their pages.  Read a book like this when you’re 17 years old, and again when you’re 25, and again when you’re 35, and it’s as though you’ve read three different books. These are the books you’d take to your banishment on that distant desert island.
What’s that?  What are some books I’ve reread?  I thought you’d never ask.
The Stranger – Albert Camus: I read The Stranger on my own when I was 16 or 17. The tone and focus of Camus’ vision was something I’d never encountered before.  I can still remember the rush I had at the end of the book, after Meursault tells off the priest and sits in his cell waiting for his punishment.  Meursault was my hero, an existential warrior laughing at the absurdity of the world. 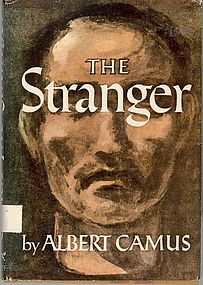 I’ve since reread The Stranger probably 10-12 times.  Hey, it’s a short book, one you can tackle in a single sitting.  And I’ve discovered that there is a lot more uncertainty rippling through that novel.  Meursault is full of contradictions.  He rebels, but without awareness of consequence.  His is a cautionary tale, perhaps.
One thing I’ve never quite figured out: why does Mersault shoot the Arab on the beach?
The Unbearable Lightness of Being – Milan Kundera: Kundera’s book is a novel wrapped in philosophical musings.  The lightness of being is the emptiness of modern life, a condition that human beings find unbearable. Ever imagine emptying your bank account of every last cent and selling all your earthly belongings and moving to Phuket?  Ever wonder why you still haven’t done it yet?
So in response to our lightness we tie ourselves down with weight: life, responsibility, relationships.  Every time I’ve read this book has made me stop and reevaluate my own weights.
Lolita – Vladimir Nabokov: Our good friend Vladimir was an accomplished lepidopterist. He spent untold hours at the microscope examining butterflies for the smallest differences. In many ways, his novels display the same subtleties of difference at the microscopic level as a butterfly.
Lolita is his masterpiece.  Lo-lee-ta: the tip of the tongue taking a trip of three steps down the palate to tap, at three, on the teeth. Lo. Lee. Ta. The language is as fantastic as the subject matter is abhorrent. Every time you read Lolita, you will find new puzzles hidden in the text, new ways of looking at and understanding the novel—always shocking, but never predictable, even if you read it two or three times before.
Ulysses – James Joyce: This is the granddaddy of them all, the modernist classic by which every single novel since has been judged. I’ve read it twice, and have reread passages and episodes on their own many times. Joyce famously laughed that he’d keep the professors busy for 100 years trying to unlock all the secrets buried in his text.  I think he undershot the mark. A writer named Frank Delaney has a weekly podcast in which he reads Ulysses and discusses the references. So far he’s been at it for over a year and just finished the first chapter, a whole 23 pages. Yeah, it’s that dense. 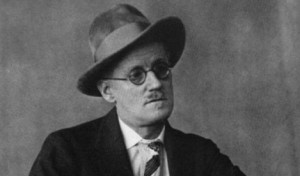 Joyce condenses the entirety of the universe into a single day. Or perhaps he took a single day and expanded it to encompass the entire universe.  Either way, at the heart of Ulysses is a rather simple story.  Once you’ve made your way through the book, you realize that identifying each nod to Homer or Shakespeare or the Bible is only a small part of the game. Leopold Bloom’s relationships, with his wife Molly and surrogate son Stephen Dedalus, provide the most recognizable moments of beauty in the novel. And on top of all that, it’s funny as hell.  I think you could head to the desert island with just this book, and it’d keep you entertained for the rest of your days.

One response to “Rereading Books”

Owen is now undeniably in his 40s, but his viewpoint continues to change every day, and he hopes it will never stop changing.

July 2011
The Summer of the Superhero
The Plain Simple Tailor
The White House: Fact or Fiction
omilbury
The Tailor’s Open Mic
The Plain Simple Tailor
My, How You've Grown
Emily Billings
Ants
acbauch123
Creation Awaits
fent11111
I was a Teenage Klingon: A Brief History of Life Online
Susan Jane Bigelow
Rereading Books
omilbury
The Passing of Time (and All of It's Sickening Crimes)
Jumpstreet
A Rat Ate My Contact Lenses: My Pre-Wedding Adventures in India
paypar
Speak, Memory (Part 2): Pages From my Future Memoir
jasonleary
Where is Peter Venkman When You Need Him?
emmyem7
Black Friday
Pual
Shit I did in my 20's that I don't, can't, or won't do now
The Incapable Wrecked-Um