As I took a bite, I knew something was wrong, and I removed it from my mouth with my fingers. Colour…spot on.
Texture, close. Very close.
Enough to give my mouth the uncanny valley effect. Strong enough to make me recoil.
Flavour…wrong. So…so wrong.
It had been sliced in the kitchen, before being placed artistically on my plate.
“…uh…what is this?”
“It’s Turkey.”
“It most certainly is not.”
I knew what turkey tasted like, and this wasn’t a close enough simulacrum to make me pretend. I was a rude child.
Picky, and opinionated. Scraping more of the repugnant gravy aside, and peered down at the jellied slices buried in that salty, cloudy sea, I prodded at it with the tines of my fork.
At least it wasn’t moving.
I looked up.
“…seriously. What is this?”
“It’s turkey. Eat it.”
She crossed her arms.
I crossed mine. Not being easily intimidated by adults had it’s advantages, I had the cockiness of youth, and the self satisfaction of someone with a better vocabulary.
“It’s not turkey, you’re lying, and I’m not eating it.”
I glanced at my father’s plate, which sported the same mysterious vittles that mine did.
Passing strange, considering that he was a vegetarian, and all.
Turkey had a face.
I got up from my chair, and plodded into the kitchen, leaving the poisonous plate behind. There was a smooth looking..roundish thing in a pool of…something.
With slices missing.
On a bed of something.
Words fail me, even now.
I prodded it with a finger, and it shivered at me, boneless and yet still intimidating.
Leaning in and sniffing produced no new answers. A box provided some more answers, and I re-entered the dining room, reading as I walked. “…known for it’s turkey-like texture, and flavour
…according to who? Blind, deaf, tastebudless…” Turkey-like… esque. Akin to.
Throwing myself back into my chair, I watched my father nudge a segment with his spoon, then place it far away from the rest of his cutlery, so as not to contaminate it.
“It’s not meat”-I whispered in his ear.
“I know. I’m not sure what it is, though.”
“It’s probably not toxic.”
“You first.”
We sat there, eating salad and potatoes. I attempted to shove mine back under the gravy, but it resisted me, clinging suctioncuplike to my plate.
Reaching underneath the table, I felt a ledge.
It was an old table, an antique. It had built in leaves, and loads of nooks and crannies.
Stealthily, I tweezered a slice from my plate with my fingers, and lowered it to my lap.
I needn’t have bothered being so careful. I was a child, and therefore beyond notice.
Edging it onto the ledge took but a moment, and I returned to snap up the other slice.
My father caught the movement, and gestured with his eyebrows at my plate. I shrugged slightly, and dropped my hands to my lap again.
A smirk played around his beard.
He’d found some of the dessicated vegetables from my mother’s stir fry, then unidentifiable, and mysterious from their dehydration hidden in our table at home.
He knew.
He knew and said nothing.
My focus was absolute, I balanced the other slice next to the other. Covertly, I glanced at my father. One slice was gone, and he had an odd detached expression as his hand dropped below the table. 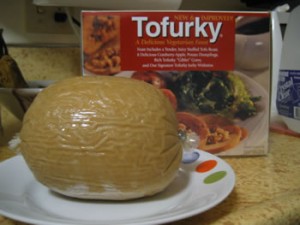 6 responses to “…never had a chicken that tasted like this…”